I began to wonder: «To what extent is Argentine agriculture different from the Ukrainian one, and who has a comparative advantage on the world market today?».

I received score 8-2 in favor of Argentina with the help of empirical analysis.

I propose to go over the points.

Agrarian policy in Argentina, as in Ukraine, is chaotic and unpredictable. There is no clear understanding of the goals and tools of agrarian policy, even in the medium term, not to mention the long-term strategy.

In Argentina, there is a free market for agricultural land and this, of course, is a plus for both investors, farmers and owners. The prices for good land in the Pampa region exceed USD 30 thous. and are the most reliable investment in any crisis. Investments in land by agricultural companies are welcomed and supported not only by Argentine financial institutions but also by external borrowings.

Ukraine is in the better condition. Renting land in Argentina is a problem. The absolute majority of contracts for lease of land or the whole farm is valid for only 1-2 years, and it is fortune for those who own it during three years. Naturally, the implementation of agrotechnological requirements is completely out of the question. Since soybean is the most profitable culture, soybean sowings in successive years are standard. Also, the concurrence procedure and re-signing of lease agreements takes a lot of time, although it is worth noting that the land owners on average have a property of 20 hectares.

The roads in Argentina practically all over the country are in perfect condition. And this despite the fact that the whole harvest of grain and legumes is transported by road (max 30 tons). And even in those regions where, cold in winter as in Ukraine, the roads are in excellent condition.

Railway transportation in Argentina is practically absent, which considerably complicates and costly the logistics of grain and legume crops. The government has in plans a major project with the Chinese on the revival of rail transport in Argentina, but so far it's just plans.

6. Natural and climatic conditions. 3-2 in favor of Argentina

In Pampa, mainly in the agrarian region of the country, the conditions are definitely better. The average annual precipitation is approximately 1000 ml and the growing season allows maize to mature with a grain moisture content of 14-15%. Therefore, in Argentina, up to 5 tons of soybeans and 10 tons of maize are harvested per ha in dry weight. Well, logically ... «sleeves» instead of expensive dryings and elevators. I think that everyone will understand the difference.

7. The village and people. 4-2 Argentina lead

Over the past few decades, the countryside of Argentina has changed greatly. The reason lies in the urbanization and emigration of the rural population. The village in Argentina is difficult to compare with the Ukrainian because of its size, since the average Argentinean village in Pampa has more than 10 thousand inhabitants. According to Ukrainian standards, it is a district center, but it has beautiful roads, infrastructure works perfectly: schools, hospitals, etc., there many young people. Schools and hospitals are fully funded by the state and are free of charge. Problems with personnel in Argentine agribusiness practically do not exist.

In Argentina, if compared with Ukraine, theft is practically absent. Argentine agroholdings and farm colleagues, when asking them about theft in general and especially intra-corporate, complain that they are present. For example, last year somebody stole a sack of seeds. But the Argentineans are shocked by the information that our people manage to leak the fuel from the moving combine or to carry out a few plastic bottles of milk from the dairy farm under women's breasts. There are thefts, both external and internal, in Argentina, but in Ukraine, the magnitude and cost of security are much higher. When it comes to the number of guards at the company, everything becomes clear - they have better things to do with it.

Both of these phenomena are present in both countries. Our Argentinean colleagues are not ashamed to say about this. In Ukraine, we also heard a lot about these problems. But since you can analyze these phenomena only if you have business there and there, then suppose we have a draw here.

If in terms of cutting-edge technologies such as precision farming, we are «plus or minus» under the same conditions, the ability to legally use GMO seeds allows Argentina to simplify the technological process and partially achieve higher yields at lower costs.

12. The market for service provision and co-operation between farms

In Argentina, this market is clearly more developed than in Ukraine. Common use of technology is everywhere used by Argentine agriculturists, whereas in Ukraine quality outsourcing in all regions is present only in harvesting and auto transportations.

From this simple descriptive analysis, Argentina is ahead with score of 8-2. Our agrarians have something to strive for, but I think we are in a good trend and and in 3-5 years we will be able to catch up and overtake Argentina, provided that the correct agrarian policy decisions are adopted, but this is a completely different story. 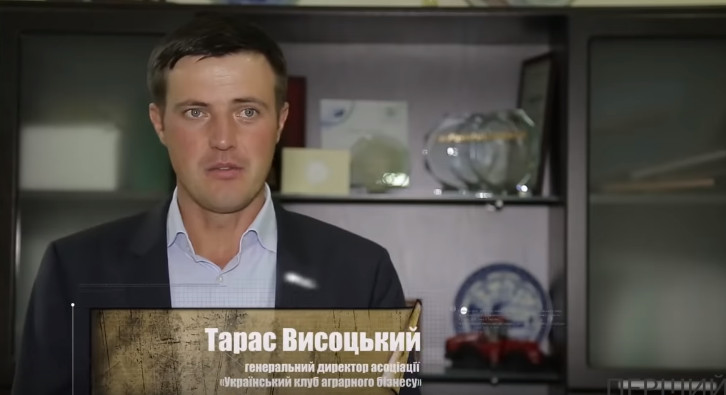