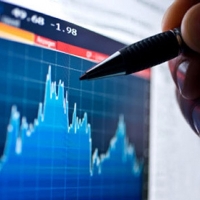 Kyiv, August 07, 2018. The survey conducted in August demonstrates improvements of agricultural producers’ perception of the agricultural business climate (ABC), which reached this time a new record level at 40.7 points.

The survey indicates a further improvement in the access to machinery and equipment (38.8 points). The evaluation of business development at the level of 25.1 points is also quite positive. The most significant decrease was in assessment of profits: from 38.5 in February 2018 to current 19.4 points, because of rising cost prices and lack of support from state programs (-36.5 and -27.8 points respectively). Notably, assessments of the general policy and economic frameworks improved significantly. 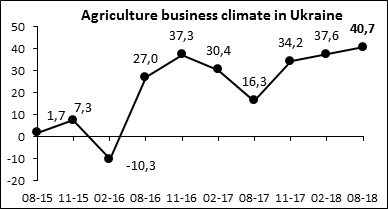 Referring to the production scale, the representatives of the holding structures provided, as expected, the highest assessment of the ABC of 55.1 points. The producers with the land bank over 5,000 ha also rated ABC very positively with 50.2 points. It is interesting to note that the responses provided by producers with land bank less than 5,000 ha demonstrated sharp and steady increase in the course of the last year: from 1,7 points to 48,5 points. The 24.4 points provided by the individual micro-producers made up once again the lowest assessment of the ABC.

Animal producers have drastically reduced their assessment of ABC since November 2017 - from 38.4 to 17.9 points, while crop producers rated the ABC very positively – at the level of 42.9 points, with a slight upward trend since August 2017 (at that time only 19.9 points). 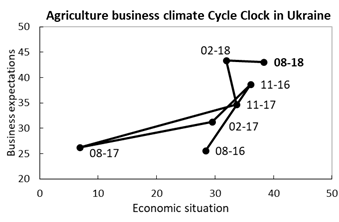 ABC grew mainly due to high appraisal of the current economic situation. It increased from 31.9 points in February 2018 to currently 38.3 points. Business expectations have just slightly declined to 43.1 points since the last survey. Since August 2016, both appraisals are in the positive (so-called Boom) range.

Note: Agriculture Business Climate (ABC) was developed and introduced by common efforts of German-Ukrainian Agricultural Policy Dialogue (APD) and the association “Ukrainian Agribusiness Club” (UCAB) on the base of German business climate (ifo-Geschäftsklimaindex). ABC surveys are carried out three times per year since 2015. ABC determines subjective perceptions of 400 Ukrainian producers on both, their current business situation and one-year outlook. ABC may change from -100 (very poor) over 0 (indifferent) to +100 (very good). In the course of the surveys, technical improvements in calculation of ABC have been implemented. In particular, only the first question on economic situation of producers is considered in the calculation. In this context, the graphic of the business climate has shifted significantly in the positive area. Further questions, e.g., on the general and macroeconomic framework, are now used for explanation of the survey results. 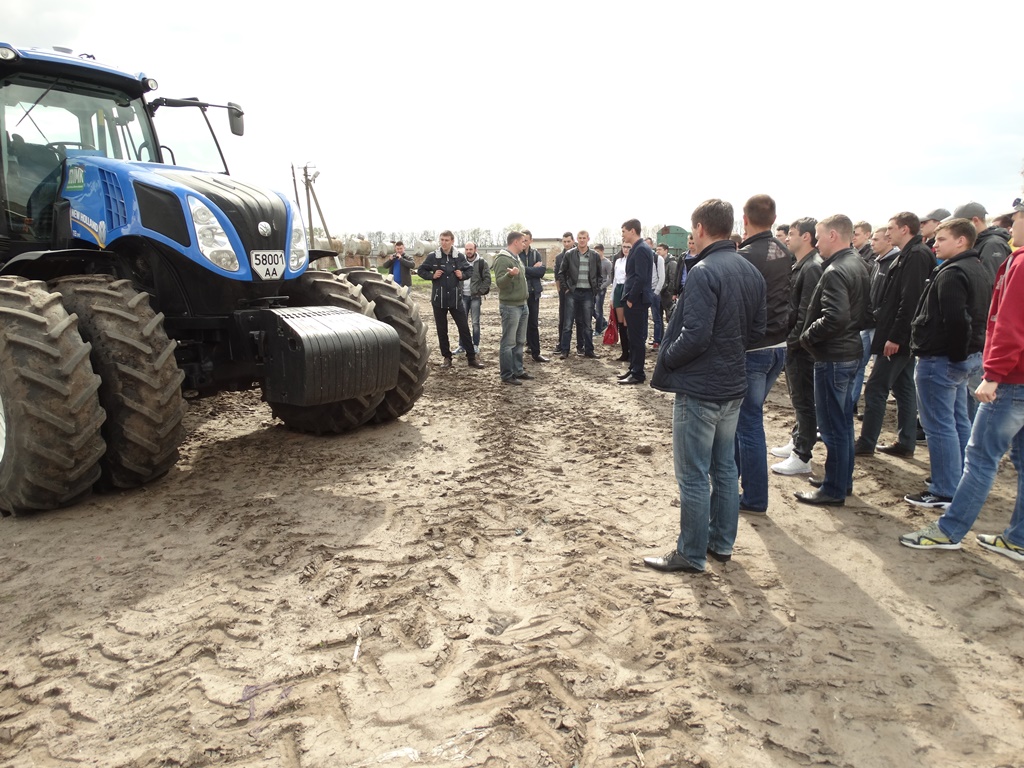